Sligo Tech meetup is a new meetup aimed at connecting Sligo’s technology community, the people who are making Sligo’s tech scene what it is and those who are interested in keeping up-to-date. It will highlight what’s going on across the North West.  The goal is to share best practices and learn from both failure and success. 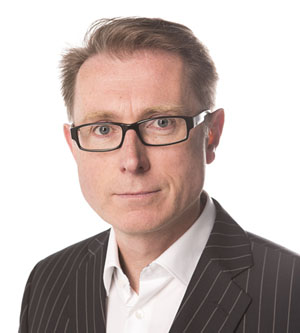 Overstock.com are a technology-based discount retail company with it’s headquarters in Salt Lake City, Utah. Started in 1999, the leading on-line retailer sells a broad range of products including furniture, rugs, bedding, electronics, clothing, jewelry, and cars. In 2013 the company created a software development team based in Sligo as part of its international expansion.

Launch Ireland established in 2014 is a professional firm providing a tailored and cost effective service to new foreign investors into the Irish market. On returning to Ireland from the US in 2003, Brian joined IDA Ireland and the highly successful FDI agency. Following that Brian joined high tech manufacturer, Innalabs Limited as VP of Finance were he was instrumental in relocating Innalabs’ operations into Ireland where it is now headquartered.

The session will wrap up with drinks and finger food in Kennedy’s Bar.

This event is proudly supported by OSD Digital Agency and Sligo Chamber of Commerce. And sponsored by Kennedy’s Bar Sligo.

Follow Sligo Tech on twitter for the latest updates @sligotech and check out the hashtag #sligotech to get involved in the conversation.

To register for the Sligo Tech Meetup go to www.meetup.com/SligoTech/

We took the opportunity recently to avail of the Online Trading Voucher offered through our Local Enterprise Office. We tendered the project locally and considered our options.
We decided to go with OSD based on their competitive and comprehensive quote. The whole development process was outlined in a clear and concise manner with respective timelines for each stage.
We had a preliminary meeting to establish our goals and expectations for the project and they tailored a package accordingly.
We attended their training facility where we were given a detailed course relative to our particular site which showed us how to make changes and add content to the site.
Any queries we had were dealt with promptly.
We would have no hesitation in recommending OSD to any organisation both large and small to undertake their website development program.
Sincerely